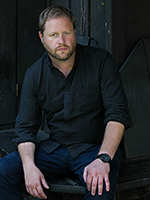 Thomas Christopher Greene is the critically acclaimed author of six novels, including the international bestseller, The Headmaster’s Wife. His most recent, The Perfect Liar, was released by St. Martin’s Press in January, 2019. His fiction has been translated in 13 languages and has found a world wide following. In 2006, Tom founded the Vermont College of Fine Arts which today is widely recognized as one of the leading graduate arts colleges in the country. He still serves as President and his work as an educator has been recognized by his appointment to the New England Higher Education Board by the Governor, his appointment as a commissioner on the New England Higher Education Commission, and his service, twice, as President of the Vermont Higher Education Council. He lives in Montpelier, Vermont.