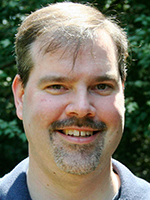 Join Christopher Klein, author of When the Irish Invaded Canada, as he tells the story of a band of Irish-Americans who fled Ireland’s Great Hunger, fought on both sides of the Civil War, and then united to undertake one of the most fantastical missions in military history—to hold the British province of Canada hostage and ransom it for Ireland’s independence. It’s no blarney. In what are collectively known as the Fenian Raids, the self-proclaimed Irish Republican Army invaded Canada not just once, but five times between 1866 and 1871, including twice from Vermont. A frequent contributor to History.com, the web site of the History Channel, Christopher has also written for the Boston Globe, New York Times, National Geographic Traveler, and Harvard Magazine among other publications. He is the author of three other books, including Strong Boy: The Life and Times of John L. Sullivan.